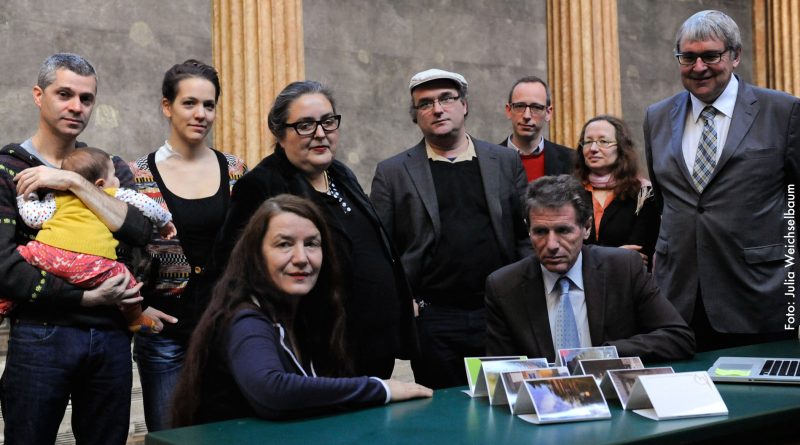 The project “Conserved Memory” analyses various processes of memory politics in Austria from different perspectives and backgrounds. It is based on the research results of the project MemScreen funded by the PEEK program 2011-2013. We see and investigate Austria as an example for memory politics in the making. We suggest understanding this as an interactive process of storytelling and image creating. In this process, the question of who is speaking and who is listening – whose history is particularly talked about – is crucial. We focus less on the question of “digging in the past” than on the way this past is displayed, neglected and remembered in the present, and how it affects the current society.
The general research question is: How is the Austrian society shaped today by the way it deals with its past? This leads us to a general philosophical question: how history and the present are connected, and if they should be seen as connected at all. We want to show and research if and how art has the capacity to bridge gaps between the past and the present or if art based research can be developed to understand this gap. Artistic methods will be developed to combine very personal stories of some selected individuals and/or groups, with the observation of memory politics in civil society in Austria and to understand the fabrication of political and personal traumas. We ask how artistic methods and approaches can challenge the concepts of oral history and historical research so that we could understand them as connected with our everyday life. Therefore we create various experimental art-based designs in communication with historic, anthropological and social research. The outcome will be various exhibitions and experimental as well as theoretical publications that display the diversified communication circles of storytelling, image creation, archival research and personal communications. In the approach of the cyclical research process, the exhibitions are not understood as a final “outcome” but as the next step of research. The displays are seen as “contact zones” as places of negotiation between artists, curators, groups of the civil society that were actively involved in the art production as well as local initiatives and experts. The question we asked in the on-going PEEK project MemScreen about the context of curating between Israel and Austria is now not a major stand-alone focus anymore, but embedded in the whole design.
The most important novel intervention to the project will be the arts based “thinking umbrella” developed and provided by the philosopher and artist Elisabeth von Samsonow. Narrating memory as a ritualistic form that lies at the nexus of art and philosophy is the focus of this special format that will organise the analysing of the data that is produced by art-based methods and the methods themselves.

The project “Conserved Memories” set itself the task of developing artistic methods, for the purpose of analysing the concept of “collective memory” through the practise of a permanent, and also visual, negotiation of “doing memory”.

Three interconnected levels were worked on – the practise of individual memory (Friedemann Derschmidt), the practise of the enactment of collective family memory (Friedemann Derschmidt) and different associations of the civil society (Tal Adler/Karin Schneider), and the practise of national enactment in the framework of museum collections (Tal Adler/Niko Wahl/Anna Szöke). We were able to show that these levels are mutually dependent, and that infect this is the case up to current infiltration of normative effective situations. The researchers involved in this project took on board different ‘cases‘, whereby the mutual point of overlap was the case of Austria´s politics of history and memory, as a former Nazi perpetrator state. The subject of memory appeared to be particularly ambivalent in this case, as Austria has officially presented itself, for a long period of time, as the “first victim”, and was therefore particularly productive in producing a “collective non memory”. How and in which places this narrative is continually challenged and reconfigured was one of the questions addressed by “Conserved Memories”.

Along the guidelines of the PEEK, the focus was placed on the development of a set of art- based methods. This was designed and at the same time tested out in various contexts (exhibitions, participatory workshops), whereby the leading question was whether it would be helpful to generate a different way of narrating, a responsible way of speaking, or a different way to commemorate, and therefore a new form of memory configuration. This method set related to the generation of the recounting of memories (oral history), and the possibility of presenting them, i.e., communicating them.

These methodical processes are to be seen in the framework of curatorial research about the possibilities and limits of what can be shown, which in turn forms the substantial basis debate of the format historical collection in museums. One focus of the research lies in the problematic facets of collections, of which an example was the human skull collection in Vienna’s Natural History Museum. A new photographic presentation (by Tal Adler) of this collection, acting as a meta-archive, should initiate the discussion about how to approach the subject of human remains in museums.

Inspite of the binding factor, connecting the different levels of the project turned out to be extremely challenging. There were a large number of contact persons and responsible persons, with whom it was necessary to negotiate the conditions for the respective projects, to fix them, and to carry them out. Additionally, there were often times where spontaneous changes had to be made to the plans. In this sense, it was precisely the processes, which didn’t work out, that generated interesting insights and therefore it can be concluded that the project´s objectives were carried out successfully. The entire process has also provided us with ample material for further investigation and discussions. In a fundamental sense, the outcome of the project has been to outline the principles of arts based research on the theme of the culture of memory. 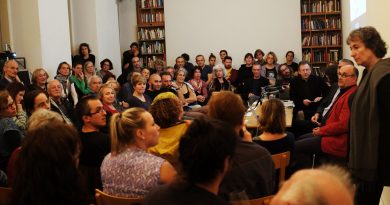 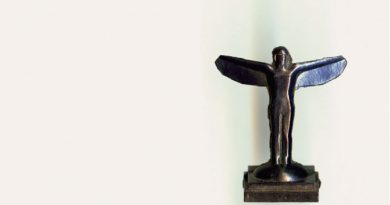 MemScreen – An Art-Based Archive of Translation and Narration 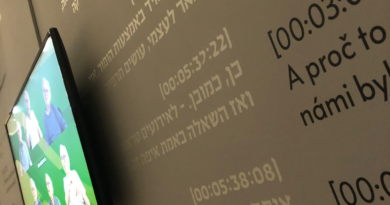 The Synoptic Portrait of Yehuda Bacon